My husband, David, posted this yesterday on his Facebook. I felt it needed a broader posting which is why I am posting it here.

So, four years ago, I woke up on the morning after the election filled with apprehension, confusion, disappointment and despair. But, in spite of not agreeing with their choice, I actually kind of understood where Trump voters were coming from. The Democrats had nominated their least likable candidate in years, there was a significant frustration with how things worked (or didn’t) in Washington, and I think a lot of them looked at Trump as a kind of political experiment. An inexperienced fox to throw into the DC chicken house. So they did.

This morning, my feelings are different. Today, I am overcome with a soul-crushing sadness. Not because Trump has been re-elected (as I write this the ballots are still being counted). But because half of this great country voted for him again. This time, the Democrats had nominated the least offensive, most middle-of-the-road candidate they could have. This time, we have a clear understanding of just what kind of president Trump will be. The travelling shit-circus that these past four years have been, with its cruelty, and narcissism, and stupidity, and incompetence, has provided ample evidence of what is in store for the next four, if Trump should win.

And yet, half the country voted for him. Again.

At this point, historically, I think I would have been tempted to add “in spite of the shit-circus”. But this morning I know better. His followers don’t vote for him “in spite” of what he is and the wreckage he creates. They don’t overlook his hatred and his evil because they think he’ll keep their taxes down. They voted for him because they like it. They like the hate, the meanness, the fury. The want the cruelty, the pettiness, the mocking. They don’t vote for him “in spite” of all that. They love him BECAUSE of all that.

And that is what has completely devastated me this morning. I have woken up with the realization that half of the country that I love so much, is made up of such people. I had no clue. I honestly thought most Americans were like me.

So here I am, a stranger in a strange land. And I have no idea how to get home, because I am not even sure where that is anymore…

This summarizes my feelings as well. Much love to all of you.

“That ‘no’ you’re getting from God may be to block you from taking the worst detour of your life.  Don’t force a ‘yes’.  He has a better ‘yes’ ahead.” – Beth Moore

So this is my first cooking video…I did this in SnapChat…so not the best of videos.

Precious friends created this, and I believe that today especially, we need a smile or two. 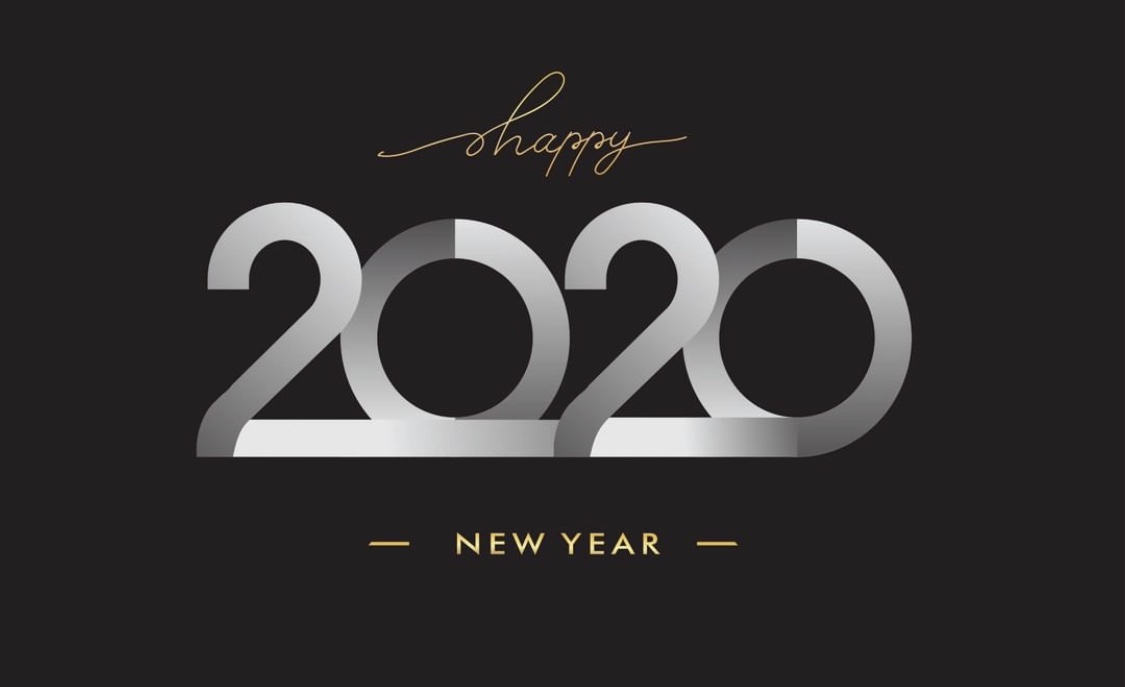 Continuing my break but wanted to check in and say Happy New Year. 🎆 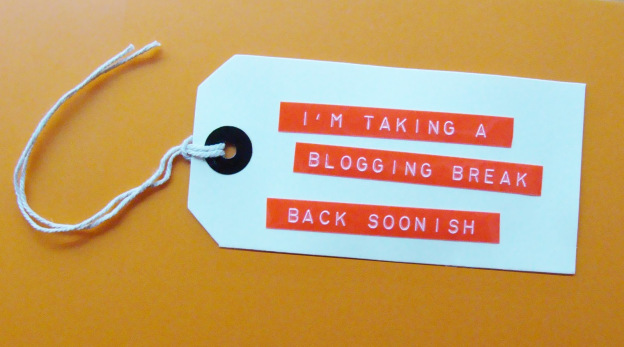 I will be taking a break from the blog.  I am not putting into it what I feel needs to be done on a daily basis.

I had a goal to post daily a couple of years ago, and completed that commitment and goal.  I went from seven followers to over 340 (still can’t believe that!).  I enjoyed a lot aspects of it especially getting to know all of you.

Thank you for being on this journey with me.

“Those who promote peace have joy.” Proverbs 12:20

Trying to remember this as the Christmas season is coming soon. I am really wanting to jump ahead to Christmas but remember that I need to be so very thankful where I am and how far I have come. 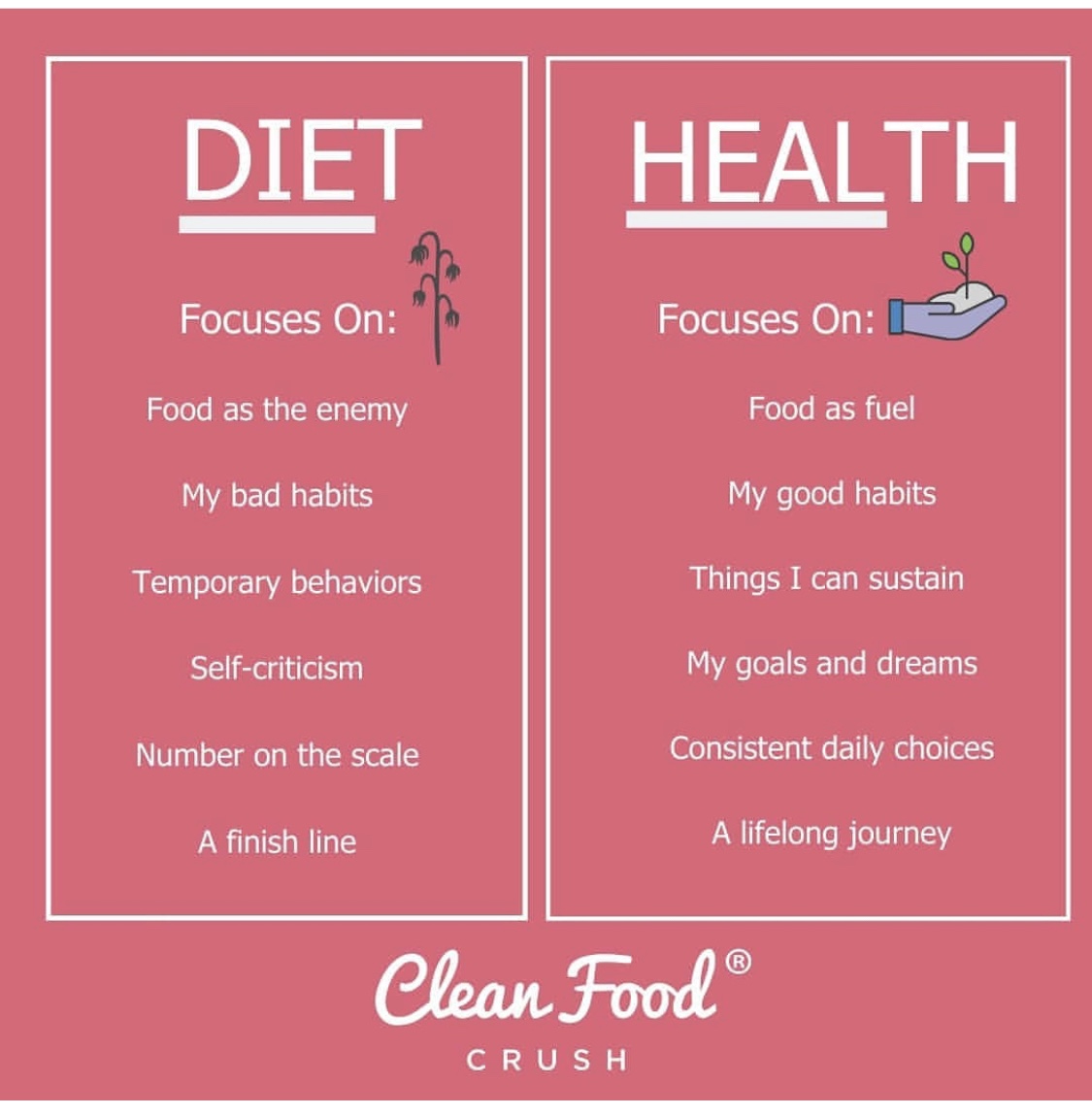 This is circulating the internet…again…posting more for myself than anything else.

I find it to be that positive affirmations can do wonders for every aspect of your life.

This past weekend I had the privilege of several discussions with our daughter about life in general.  This post came across my social media, and I instantly thought of her and our talks.

In reality, we don’t have to do anything for anyone…If we want to cook, shave, or wear pink – do it.  Just don’t change yourself for someone else.

They deserve you – all of you – just the way you are.

Cravings can be a wonderful thing especially for me in the kitchen.  When it gets cold outside, I want to be in the kitchen.  Cooking makes me happy.  I enjoy it.  I was craving spaghetti carbonara.  Again, a pretty simple dish, and one that I normally have the items in either the pantry or the fridge.

Cook bacon, and keep the fat in the pan.  Remove the bacon from the pan, and coarsely chop.

Barilla has this wonderful pasta that has 17 grams of protein so I can have some pasta and not feel as though I am cheating completely (because we all have those days).  Follow the directions on the pasta to al dente.  Drain, but reserve one or two cups of pasta water for later in the dish.

Mix together two eggs and one cup of Parmesan.  You can add more eggs just make sure that you whip or blend it with the cheese thoroughly.

Add the pasta to the pan (with the bacon), stir to coat. 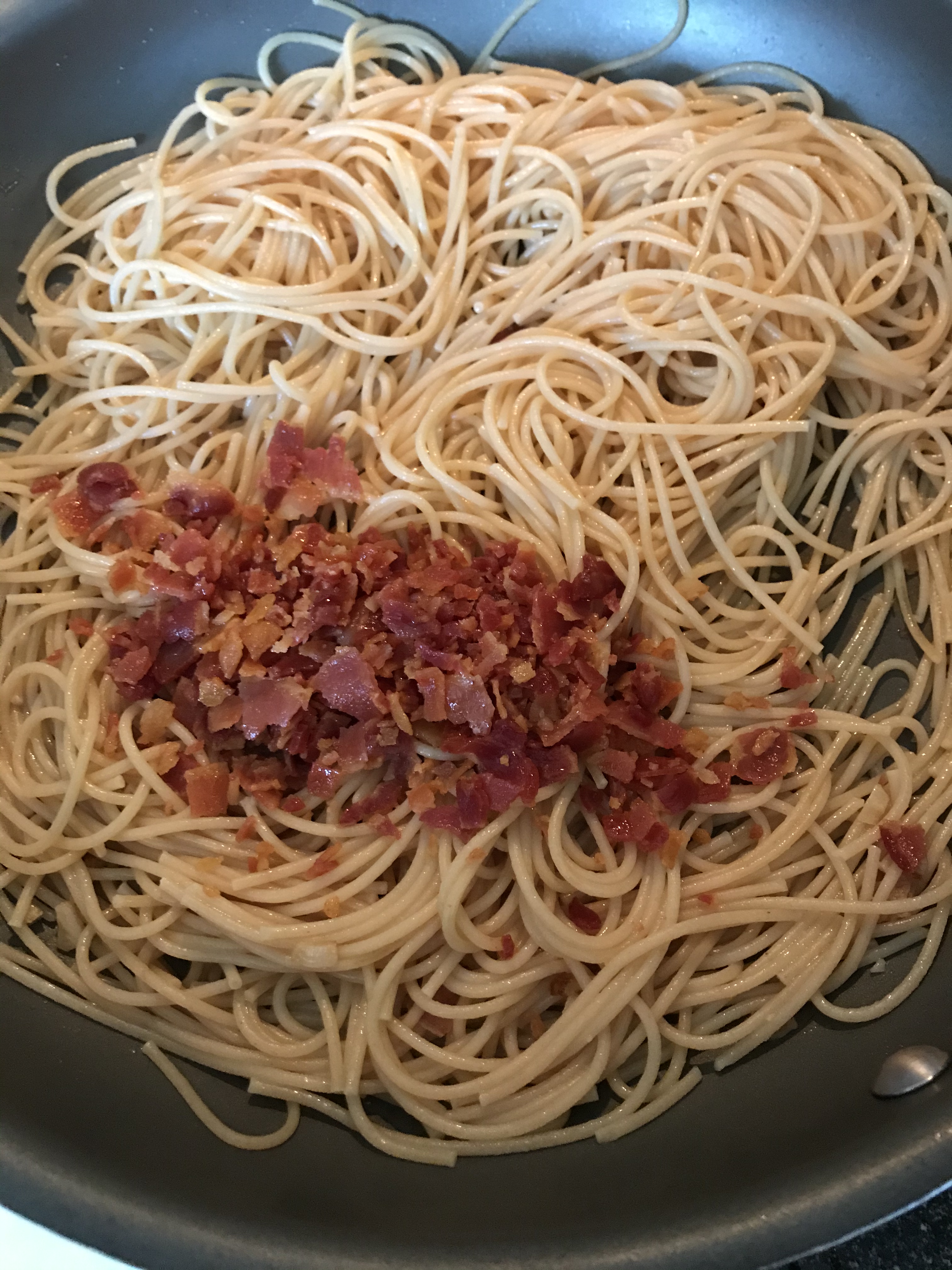 Quickly stir in the egg mixture, and add a generous amount of black pepper.

Add some of the pasta water if it seems thick, but just continue to stir until the cheese mixture is fully coated on the pasta.

Top with grated cheese and parsley if desired. 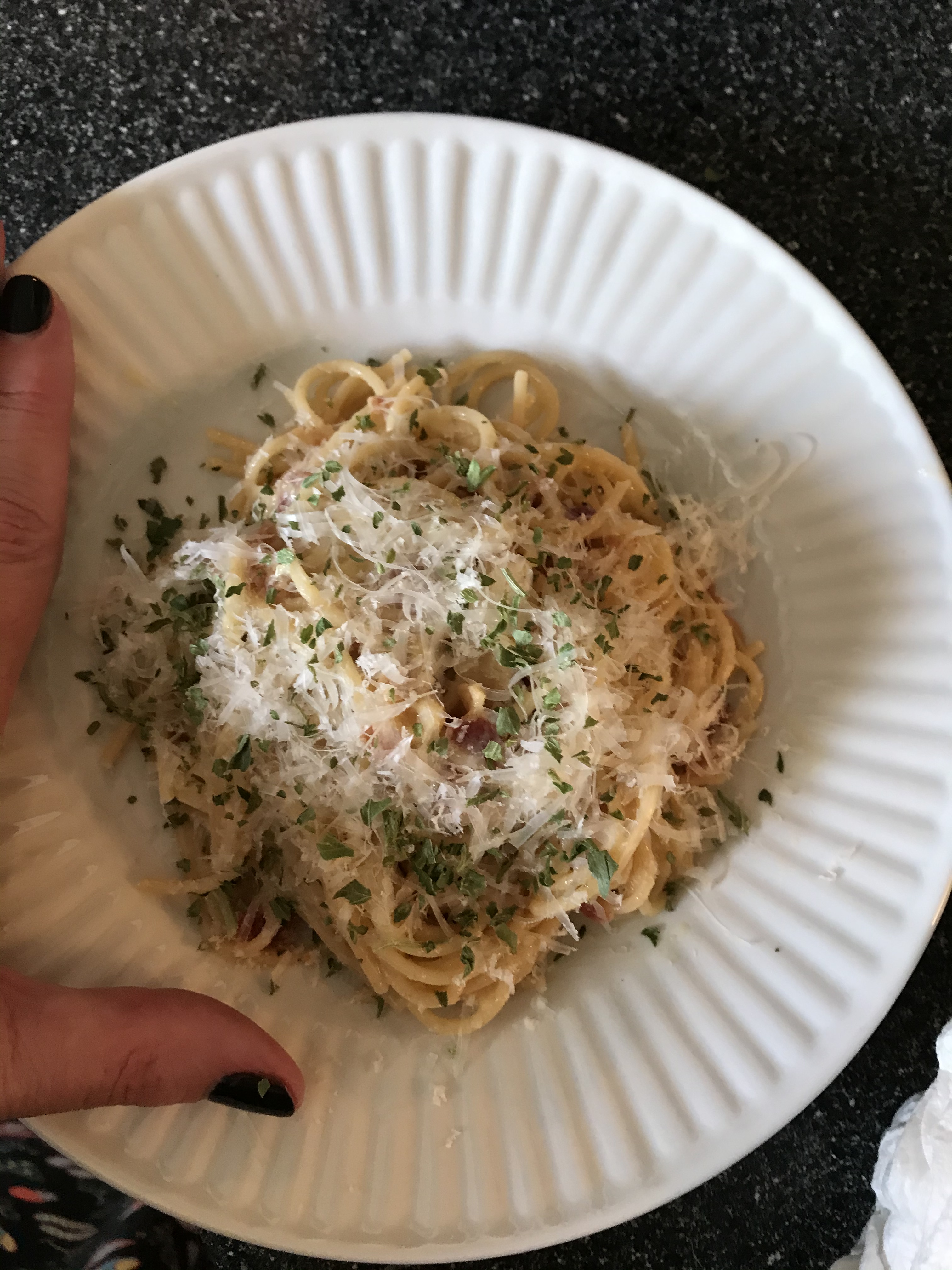 This made my night!  It is rich and creamy, and completely satisfying.

Let me know if you try it.